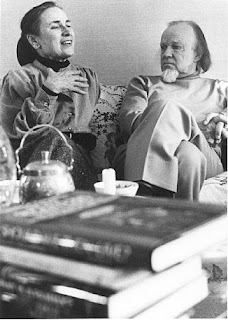 The L'Abri Fellowship has recently opened their Ideas Library to the World Wide Web. You can hear classic lectures by Francis Schaeffer and others, or you can download the current lectures from the 21st century L'Abri Fellowship lectures. The Ideas Library is worth checking out; it is topically indexed for efficient searching. Click the link below:

Pitching your tents: Christians at the movies

When George Lucas resurrected his Star Wars movie franchise, millions of fans were ecstatic. People lined up for days in advance to see the premiere of the Star Wars prequel, The Phantom Menace (1999). Some people donned Storm Trooper uniforms and Jedi ropes; some fans even pitched tents and lived outside movie theatres for weeks. I must admit that I cut classes at Western the day it premiered and saw the movie along with Chewbacca and Darth Maul look-a-likes. As Christians, what are we to make of all this hype? Well, movies and pitching tents causes me to recall a story in Genesis that may help us consider Christians at the movies.

In Genesis, we read about Lot “pitching his tents toward Sodom” (Gen 13:12); the next time we read about Lot (Ch. 19) he is living in Sodom, a wicked and abominable city. We find him applying skewed “righteousness” in an unrighteous situation (v.8), we discover Lot’s wife has become too attached to a worldly lifestyle (v. 26), his son-in-laws fail to take life seriously (v. 14) and his children lack a moral compass (vv.30-38). Whatever righteousness Lot had before he went to Sodom was dramatically overshadowed by the unrighteous culture he immersed himself and his family in. I use this phrase, “pitching my tents toward Sodom” to remind me to keep some distance between my family and the influence of the immoral culture we live in. As Christians, we are constantly struggling to be “in” the world, but not “of” the world, and it is becoming increasingly difficult to steer clear of “Sodom” these days. Through television, the Internet, movies and magazines, Christians are bombarded with the influences of our society. Perhaps the most potent of these influences is Hollywood.

Movies impact our culture in a way no other medium has before. With drama and realism, movies present a made-for-film world where God’s reality—His decrees, His design, and His plan—often have no bearing. As a result, social values—the cultural blueprint for how we interact with each other and with God—are being created, shaped and solidified through the magic of movie-making. Our children, our churches, the next generation of citizens, the people we are trying to reach with the gospel, are all being influenced by movies. So we can’t stick our heads in the sand and hope it all goes away; Hollywood is not going away. And, well, there is nothing blatantly wrong about Christians enjoying popcorn and a movie. So how are Christians to respond to movies?

Christians need to become “film literate”—we need to be able to recognize, understand and speak to the filmmaker’s message. The challenge is the subtlety of the message. Filmmakers aren’t literally standing behind a pulpit or on a soapbox preaching their values or their version of the world, but they are saying something, and they are saying it with millions of dollars, heaps of glitz and pizazz, and great soundtracks. Not all films present non-Christian worldviews; arguably, some great films are very consistent with the moral laws of God’s created universe. There are, however, many films that directly or indirectly oppose God’s creation. Sometimes the movies desensitize us to sin, making evil tolerable or even palatable. Sometimes films uphold a right belief, but teach wrong applications of that belief. We need to be able to identify what these films are impressing upon us as viewers. This means, when choosing movies to watch for yourself or your family, you need to do more than count how many expletives or explosions there are. It is not the violence, per se, but the values presented that make the largest impact on viewers. Movies labelled as “family”, for example, may not have a single swear word or a single act of violence, but they may teach a lesson that children who disobey their parents are doing the right thing, or that the end justifies the means, or that romance is the key to happiness in life… Be prepared to discuss with your family the values presented in the films, and contrast them to the true values of God’s way.

If you are in doubt about whether a movie is OK to watch, then just don’t bother watching it. If you are viewing a movie and feel your “tents are pitched too close to Sodom,” leave the theatre or turn off the DVD. The Apostle Paul writes to the Philippians, “Whatever is true, whatever is honourable, whatever is right, whatever is pure, whatever is lovely, whatever is of good repute, if there is any excellence and if anything worthy of praise, let your mind dwell of these things.” (Philippians 4:8). Where are you pitching your tents?

Useful aids for movie viewers: Roger’s Video website provides an online parent guide, and Plugged In (Focus on the Family) provides an excellent Christian guide, with reviews and commentary on new released DVDs and movies still at the theatres. Use these resources to make wise decisions and to be aware of the message being conveyed through this powerful medium.
Posted by Jeremy W. Johnston at Thursday, June 03, 2010 No comments: