At the Kilns: Oxford

I just returned home from a 12 day whirlwind tour of Britain, beginning on the West Highland Way of Scotland and ending on the crowded streets of metropolitan London. Along the way, I had an opportunity to visit Oxford, the long-time home of my beloved C.S. Lewis.

The city has been dubbed the city of Dreaming Spires. From ground level, it is hard to see the spires, but from a higher vantage point (or on post cards), it is quite clearly a “spired” if not “dreaming” city. The first chance I had, I visited Magdalen College. Oxford University consists of 39 colleges, many of them beautifully and uniquely built and designed. One of my guide books, however, described Magdalen as the most striking of the colleges. It is situated on the edge of town along the River Cherwell. A number of picturesque walking paths run alongside the college grounds and a 300-year-old deer herd pastures around the buildings in The Grove. My interest in Magdalen College, however, was primarily a result of my great interest in the life and writing of C.S. Lewis, who taught for many years at this college. 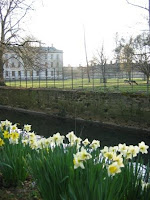 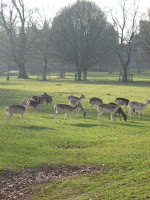 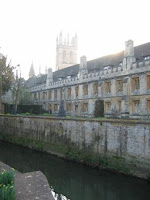 I walked to High Street and entered Magdalen College (pronounced Maudlin). I paid the entrance fee and navigated my way to “The New Building”. The building is called “new” even though it was built in 1733; relatively speaking, it is significantly newer than the Gothic buildings that make up the rest of the college. In this building, C.S. Lewis had his “rooms” while serving as a Don and Tutor for thirty years. As a salaried teacher, he was given a suite of rooms (room 3, on staircase 3). In these rooms, Lewis wrote many of his books, essays, lectures and sermons; it is also where he made his conversion from atheism to a belief in God in 1929. The rooms are currently occupied by a professor and are inaccessible. 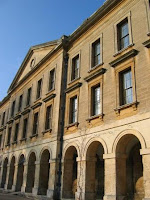 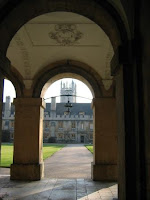 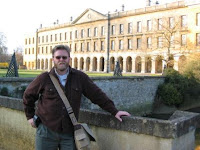 After enjoying the exterior of New Building, I made my way to Addison’s Walk, where C.S. Lewis, J.R.R. Tolkien and Hugo Dyson had their “long night talk” in 1931. The three argued and discussed religion and mythology, after which Lewis concluded that Christianity is a “true myth”. At this point, Lewis only believed in God, not in Christ. Eight days later, by the grace of God, C.S. Lewis became a Christian on route to the zoo in his brother Warnie’s motorcycle sidecar. Having read so much about Jack Lewis, I almost considered Addison’s Walk to be a mythological place, not a place where mythology was debated. I strolled down this beautiful walkway, enjoying the solitude and calmness of early spring in Oxford. 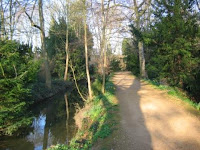 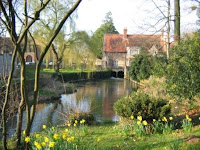 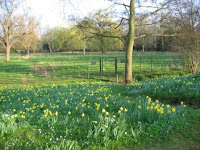 Along the wall near the beginning of Addison’s Walk, there is a plaque with a poem by C.S. Lewis inscribed on it. It was installed on the centenary of Lewis’s birth in1998. The poem is entitled, “What the bird said early in the year”. It is about the hopeful coming of Spring experienced along Addison’s Walk. I suspect the poem was written before Lewis’s conversion, but it seems to express his yearning for lasting joy and his sense of the eternal. 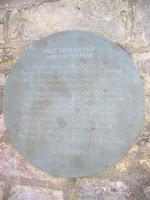 After enjoying the tranquil setting, with its birds chirping and bees humming, I returned to the centre of town at St. Giles street to rejoin my group of students. Later that evening, I caught a bus from my hotel to the famous watering hole of the Inklings---“The Eagle and Child”. The pub is situated on St. Giles and appeared exactly as I had seen it in numerous photographs. The pub, which is also alliteratively dubbed, “The Bird and Baby”, was founded in 1650. The name of the pub is taken from Greek mythology, with Zeus as an eagle stealing the infant child Ganymede. From 1939 to 1962, the “Inklings” met here on Tuesday for lunch and literary discussion. The Inklings consisted of C.S. Lewis, J.R.R. Tolkien, Warnie Lewis, Charles Williams, Neville Coghill and many others. The Inklings also frequented many other pubs during their time meeting together. When I went into the pub, I was aware that the “back room” used by the Inklings (called the Rabbit room), was no longer a back room. While the Inklings were meeting at the Bird, a new owner decided to add an extension into what was then a pony yard behind the pub. The Rabbit room became a room leading to the extension. With the loss of privacy, the Inklings sought another venue for reading and critiquing each other’s works in progress. 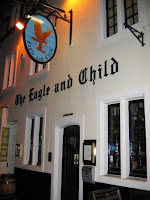 When I entered the pub, the Rabbit room was just opposite the bar counter and was occupied by seven patrons. Slightly disappointed, I retreated to the back extension and wrote in my journal. After sometime had passed, the Rabbit room opened up and I sat down where the great literary figures met. I didn’t enjoy the experience as much as I had hoped. What I needed was some good fellowship with dear friends. After enjoying my second pint, I asked the waiter to snap a picture of me in this famous corner of literary history. 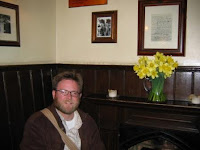 The next day, we packed up our luggage, loaded the bus and drove a short four miles to Headington Quarry. We unloaded on Kiln Lane and I walked (quite anxiously) up Lewis Close at the end of which I found Lewis’s home, The Kilns. Originally, the property was nine acres and included a small orchard, greenhouse, brick kilns, a tennis court and a small pond. After Jack’s death and his brother’s death ten years later, the property was parcelled off to developers. The home itself became a residence for students. Only recently has The Kilns been restored by the C.S. Lewis Foundation to replicate the time the Lewis brothers et al lived at the home. It is not a museum and is only open for tours via appointment. The Foundation restored the home to function as a research centre for serious scholars of Lewis. I made an appointment and we had a wonderful tour of the house. The Foundation has done a marvellous job restoring the house to its former glory (in fact, Douglas Gresham, stepson of Lewis, claims that it is in better condition then when they lived there). Over a hundred volunteers from the US worked to make the Kilns functional in the style and décor of the time Jack lived there. I have never seen such care and attention to detail. If you are in Oxford, then I urge you to make an appointment and visit the Kilns. 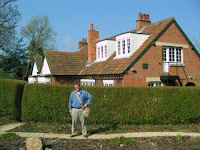 The house is decorated with period furniture, although none of it is original to The Kilns. The advantage of this is that visitors can actually sit down and touch things. There are also pictures of Lewis and other residents of the Kilns spread around the home. Several of the photos I have never seen before, which was a splendid treat. 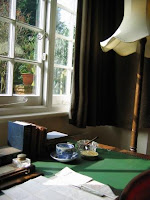 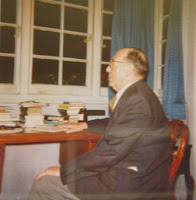 The only original pieces are Warnie’s typewriter, which he used to type out Jack’s manuscripts, and an original pub sign for the Bird. The latter was purchased by Walter Hooper several years ago and is on display at The Kilns. 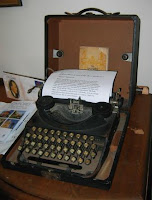 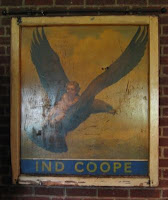 Below are a picture from Lewis’s bedroom and a picture of me standing outside the staircase Jack used to get in and out of his room. 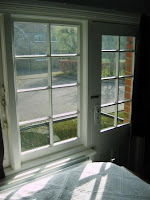 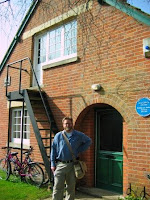 After visiting the Kilns, we made our way to the CS Lewis Community Nature Reserve which used to be part of the Kilns property. The small pond was created when the property actually was a working brick kilns. The operators excavated the clay from the ground and the hole they left was filled by a spring. Jack and his brother, along with Paxford the gardener, maintained this pond during their time living there. They had a punt to float about on and they used to swim there. It is now a pleasant nature reserve for a variety of flora and fauna. Just under a mile away is the church where Jack and his brother worshipped---Holy Trinity Church, Headington Quarry. 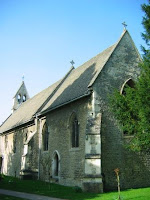 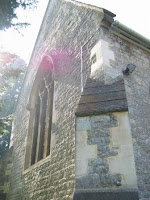 In the cemetery surrounding the quaint old church, I found the burial marker of the two brothers C.S. Lewis and Major W.H. Lewis. 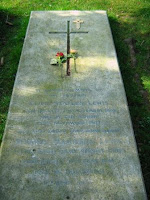 I cannot begin to describe the pleasure it was to visit so many sights related to C.S. Lewis, a man who I owe a tremendous debt of gratitude. It was through Lewis’s imaginary wardrobe into Narnia that I began my serious life-long love for “story”. Jack has shaped my thinking about literature, my philosophy of education, my spirituality and my life. I thank God for using this man for His glory and for the building up of His church. I am but one of millions who have been blessed by Jack’s writing and his life.
Posted by Jeremy W. Johnston at Sunday, March 29, 2009 2 comments: