Bach and Luther: Theology in Music 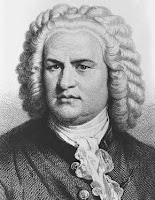 Johann Sebastian Bach is noted as the forefather of all Western music; without Bach, we wouldn’t have Mozart, Beethoven or Brahms. He lived in Germany from 1685-1750 during what has now become known as the Baroque period. Ironically, some musicologists suggest that without Martin Luther, the great German Reformer of the previous century, there would have been no Bach. The musical formations of Bach’s day grew out of the theological reformations of Luther’s day. It is not hard to see the connections between these two great men of God.

Bach’s family was incredibly musical; his family lineage shows seven generations of professional musicians. In some parts of Germany, the name “Bach” was synonymous with the word “musician”. But Bach’s family members were also faithful followers of Jesus Christ and they adhered to the reform

ed faith. Fleeing religious persecution, Bach’s family migrated to the region of Thuringia, a stronghold of reformed faith and a bastion of brilliant ecclesiastic music. This is where Bach grew up and attended school. This is also the region where Martin Luther spent his youth. Both Bach and Luther attended the same Latin School in Eisenach, albeit 200 years apart. Bach also spent his days in the shadows of Wartburg Castle, perched high above Eisenach, where in the previous century, Luther hid from his enemies and where he translated the Greek New Testament into German. These tangible reminders of Luther’s reformation must have left indelible impressions on the young Bach, but more powerful perhaps, was the influence of Luther’s view of church music.

Luther writes, “Next to the Word of God, music deserves the highest praise… I plainly judge, and do not hesitate to affirm, that except for theology, there is no art that could be put on the same level with music…” For Luther, music was an incredibly inspiring and powerful gift from God; however, it was not simply ‘music for music’s sake’. Luther believed that music aided and enhanced the Christian’s worship of the Great and Mighty Creator. “God has cheered our heart and minds through his dear Son, whom he gave us to redeem us from sin, death and the devil. He who believes this cannot be quiet about it. But he must gladly and willingly sing and speak about it so others also may come to hear it. And whoever does not want to sing and speak of it shows that he does not believe…”

Luther sought to apply his ideas about music and worship to actual church music; as a result, he was a prolific hymn writer. Luther’s hymns proved to be a great spiritual and musical inspiration to Bach throughout his life. He perused Luther’s hymns for comfort, theological instruction and for lyrics to articulate his own devotion to God. Bach adapted many of Luther’s hymns when composing his copious cantatas---he wrote over 200 cantatas! Bach was most influenced by Luther’s determination to incorporate music into the life of the church; this is why most of Bach’s church music was designed to be “accessible” to the congregations and why he incorporated vernacular chorales and familiar hymns into his cantatas.

Most notably, the mantra of the Reformation, “Sola Deo Gloria”, served as the basis of Bach’s conception of music; Bach writes, “The aim and final end of all music should be none other than the glory of God and the refreshment of the soul.” For all the spiritual and theological benefits the Christian Church has reaped from God’s working through Martin Luther and the Reformation, we can thank God for the musical legacy of the Reformation as well. As we thank God for Luther, let us also thank God for Bach.
Posted by Jeremy W. Johnston at Monday, November 24, 2008 No comments:

At the Kilns: Letters to an American Lady, grading papers and rediscovering Horatio

One of the things I have learned while reading C.S. Lewis is that grading papers is always a burden, no matter how much of a genius or master teacher one is. Perhaps, it is more of a burden for those who are geniuses and master teachers…

This point became clear after reading a short little book called Letters to an American Lady. It is a collection of letters C.S. Lewis wrote to an American woman over the course of a decade. She wrote to Lewis---at times incessantly---and Lewis responded faithfully to almost every single letter she wrote to him. During the course of years, academic terms and increasing illness on both their parts, Lewis recounts the demands on his time. Most prominent is grading papers.

I was encouraged, not by the fact that Lewis felt burdened by grading, but that I was not the only one who seemed to be feeling the pangs of poorly written prose. There is no easy way out of marking. It simply has to be waded through. During each stint of examinations, Lewis faithful trudged on despite his time being far more precious and valuable than mine. The other encouraging thing for me is that since Lewis inevitably finishes grading and is able to move on to other things he enjoys, so can I.

All this being said, I recently read a student essay that brought me some delight. I am currently wading through 80 essays on Hamlet… and I have encountered the usual themes of death, revenge and death-resulting-from-revenge and death-resulting-in-revenge sort of essays… This essay stood out because it focused on Horatio. My student writes, “readers have a tendency to direct much of their energy towards the main characters. However, secondary characters in a work should never be overlooked…” True enough. He goes on to write, “In a play full of deception, betrayal, revenge and strong passion, it is very important for the audience to be able to rely on a voice of reason and truth.” Very true. He continues, “In Hamlet, Horatio is this truth teller; he is an observer of action and a commentator. Horatio is the one character in the play who can be trusted not only by Hamlet but by the audience.” I was gripped. In teaching Hamlet, I address Horatio’s importance only in relation to how he functions in advancing the plot shedding certain light on Hamlet. I had never really considered Horatio for Horatio’s sake. When all other human beings in the play betray all forms of human relationships, Horatio is the steadfast and faithful one. He is the hope that remains after Pandora’s Box is opened and a torrent of death and mayhem are unleashed in the closing scene of the play.

Anyway, it was great to read something inspiring. Although it is making the rest of my marking more challenging. Revenge and death, death and revenge. Oh, the carnage of words, paper and Shakespeare. As I tread through the battlefields of intellectual promise and academic potential, I long for a truth teller, someone who can be trusted… I need another dose of Horatio.
Posted by Jeremy W. Johnston at Tuesday, November 18, 2008 2 comments: