The Marriage Bed and Olives

This post is about sex, but nothing risqué… not that olives are really sexy or anything… unless you’re a vegetarian maybe… Anyway, before Christmas, I taught Homer’s The Odyssey to my Grade 12 Classical Civilization students. What startled my students was the supreme importance Homer places on family. As mentioned earlier in my posts on Family, this view is counter-culture. At the heart of the family is the marriage bed (that’s where babies are made…) As a result, the major symbol in the epic poem is the marriage bed. Getting into bed with his wife marks the end of Odysseus’s “odyssey”---his return journey. My students were used to “sex” being described in every way but within marriage. Marital sex is the supreme goal of Odysseus’s adventures. Let me give you the scoop on ancient Greece’s take on love and marriage…

In the epic poem, Odysseus’s wife and son have been waiting for Odysseus’s return. In the meantime, a bunch of free-loading suitors are loafing around Odysseus’s home, trying to woo the lonely wife and murder the inexperienced son. The home is in chaos and disarray. The suitors are pigging out on Odysseus’s food and wine and treating Odysseus’s servants badly. They are also incessantly flirting with Odysseus’s wife.

When Odysseus returns home, he comes in disguise as a beggar. He is treated badly by the rude suitors who occupy his home, violating Zeus’s doctrine of hospitality. When Odysseus reveals himself as the returned husband, he slaughters everyone in a gloriously vindicating bloodbath. While the hall dripped with blood and bodies were stacked outside the palace, Odysseus makes his way to bed with his wife Penelope.

His marriage bed, which Penelope has kept undefiled, was built by Odysseus before he left on his voyage to Trojan War (cf. The Illiad---by the way, Odysseus is the guy who cooked up the Trojan Horse scheme). 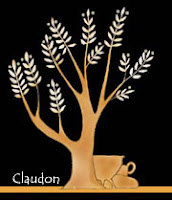 Marriage was Ancient Greece’s way of countering the Fall, returning to Eden.

On a side note, I personally think it would be great to have an olive tree as a bed post.
Posted by Jeremy W. Johnston at Wednesday, May 30, 2007 8 comments:

It's a Wonderful Life

On Friday I was offered the opportunity to teach Greek drama, Classical mythology and Roman poetry to students in Rome, Greece and Crete. This is a phenomenal opportunity from a career and personal interest perspective. The only catch… it is during the month of July and I would be leaving my family behind.

Recently I blogged about the importance of family. Now I have to choose between my intellectual stand on family and my actual “living out” of my belief. I really want to go… I have a passion for Classical literature and drama. I would be teaching Classical civilization in the greatest classroom imaginable... surrounded by the ancient ruins and artefacts of the Classical world.

I told the Chair of the History Department this morning that I cannot go.

I reasoned from the perspective that---irnonically---I would miss too much if I went to Europe. Some of my colleagues think I am crazy passing up an all-expense-paid trip to Europe, teaching students in the midst of three thousand years of history. I should take advantage of the moment---“carpe diem”---seize the day!

But here is what I would miss if I went: camping with my son at the Pinery; camping with my family at Rock Point; my son’s ninth birthday party; a week visiting my brother and family in North Carolina; a friend’s wedding; family day trips to the beach; family hikes in local conservation; a month reading with my children and waking up in the morning with my wife.

The Latin phrase, “carpe diem” means “seize the day”---make the most out of your time because time is fleeting. “Carpe” was originally a Roman agricultural term, meaning to “pluck” a crop during harvest. I feel I am seizing the day by not leaving my family. Now is the time to be with my daughter and sons and wife. Like a crop at harvest time, these hours and days with my family cannot be reclaimed. No farmer can put off harvest. When harvest time comes, the crop must be "plucked". Likewise, no man can put off the young years of his family. My sons and daughter will eventually grow up and leave home. Now is the time to be with my children, now is the time to visit my brother and my nieces and nephew. 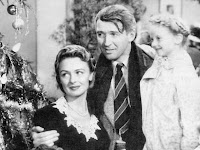 My favourite movie when I was a boy was “It’s a Wonderful Life”. Remember George Bailey’s desire to travel and see the world? Remember how the seemingly mundane things of life held him back? He never made it to Rome or Paris, but he had a wonderful life. It is not just about “duty” to family and friends; it is about living a wonderful life.


The ruins can wait. My family cannot. The ruins will always be there. These precious moments with my children and my wife can never be reclaimed. Carpo diem. I am seizing the day. My life is a wonderful life.
Posted by Jeremy W. Johnston at Monday, May 28, 2007 6 comments:

The anthropological significance of breaking bread together

The human biological need to eat is not a result of the Fall in Eden. God created Adam and Eve in a “garden” with fruit-bearing trees and no doubt vegetable-bearing plants. Eating is no different from the other pre-Fall aspects of Creation---marriage, procreation, work, stewardship of terrestrial resources. Humans have a fundamental need, woven into their make-up, to eat. This fundamental need goes beyond the biological need to survive. There is an anthropological significance to “breaking bread”.

For the Christian, the concept of breaking bread is deeply rooted in biblical symbolism. From the manna in the wilderness, to the Last Supper, to the banquet feast in glory, “breaking bread” holds great significance.

In my previous post “Family and the Odyssey”, I commented on the decline of the “family dinner” in Western culture. When I ask my students how often they eat together as a family, I am surprised by the small number of students who have family dinners at all. Does it really matter? The answer is yes. Unfortunately, our forefathers have failed in passing along the reasons for many fundamental aspects of human culture. Our forefathers took it for granted that people would always value “breaking bread” together. Fifty years ago, the dinner table was the hub of the family home. Unfortunately, soccer games, overtime at the office and instant meals have contributed to the devalued role of dinner.

At my school, which has a long history rooted in the traditions of English independent schools, we have a common lunch period. All students and faculty “break bread” together. The students are divided into Tutorial groups (10-12 students) and they sit together with their teacher. We stand, waiting for the Head table to say grace and then we eat the food in “family-style” serving bowls. Food is “passed” between students; emptied bowls are refilled for the next student. I have heard faculty complain about eating with the students. At times, I complain myself. After teaching my students all morning, it can be overwhelming sitting with them at lunch as well. However, I am reminded of the significance of breaking bread together as a school.

Most schools are cafeteria style or buffet style. If you have ever been to a buffet, then you know how anti-social it is. Everyone is getting up and down walking to the buffet, vying for the last egg roll or chicken strip. You eat what you want, when you want and how much you want. There is no need to be civil other than waiting for your turn at the trough. The meal becomes an individual’s pursuit of personal satisfaction. At my school, we have a strong sense of community and I think this is partly a result of the fact we eat a common meal together.

Eating reminds us of our connection to other humans in our community. We have this in common with each other---we need to eat. Eating food together is also a reminder of our civilization: there are manners and signs of respect that are reinforced on a daily basis. Things like passing the plate to someone. Saying “please” and “thank-you”. Eating in moderation to save food for the next person. Refilling an empty serving bowl.

Humans are forgetful and as a result of the Fall, sinful and selfish. Eating together is a daily reminder of our pre-Fall existence. Harmony, civility and camaraderie define shared meals. These values are reinforced when we “break bread” together, as a school and as a family.
Posted by Jeremy W. Johnston at Thursday, May 24, 2007 5 comments:

Family and The Odyssey

Yesterday, I was chatting with a friend about the importance of family. From the outset of creation, God established the family. He made Adam and Eve to be the first marriage and He commanded them to procreate (i.e., make a bigger family). God's relationship with us is described in family terms--we are His sons and daughters; Christ is our brother.

When I was reflecting on the biblical view on family, I couldn't help but think how counter-culture this view has become in the West. North Americans and Western Europeans are not having babies, they are marrying much later in life, more are not marrying at all. In a recent study by the Canadian Department of Human Resources and Social Development, Canadians are spending less time with their families and more time on their own. Eating as a family is becoming a novelty reserved for Thanksgiving and Christmas dinners. Children are being raised by daycare workers and public schools. Spouses pursue divergent careers, hobbies and holidays. The term Family seems to hold only legal and biological significance.

Some would say, who cares? Leave It to Beaver went off the air long ago. Is family important? Ironically, the two founding worldviews of the Western world---classical and Christian---celebrate family as the building blocks of civilization. I have already mentioned briefly the fundamental import of family from Genesis. Similar value is reflected in the "bible" of Classical Greece, The Odyssey.

The term "odyssey" has come to mean, in a colloquial sense, a quest or journey in which one engages on life altering adventures. However, the Odyssey is really a story about a hero's return home--his "nostos". The hero, Odysseus, shuns pleasures of goddesses and wealth, in order to return to his family. He must be a father to his son and a husband to his wife. His journey does not end until Odysseus has returned to his marriage bed. In the epic, Odysseus's return home to his island kingdom of Ithaca restores order and civilization. Odysseus is an absentee father who realizes the importance of family to a meaningful life and a civilized society. If this sounds too much like a Hallmark card synopsis, you need to read the epic poem yourself. Odysseus's return is not a "touchy feely dead-beat-dad redemption story"--it is a profoundly human proclamation of the monumental significance of family to human existence. This concept of "family" became the quintessential social underpinning for the Greek world.

Western civilization needs to return home; we need our odyssey, our nostos.
Posted by Jeremy W. Johnston at Saturday, May 19, 2007 2 comments: