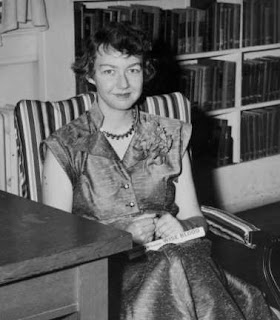 This weekend I read Flannery O’Connor’s novella Wise Blood. I hadn’t read O’Connor for a few years, and I felt like I needed a break from Virgil and Schaeffer, my two staples as of late. Picking up O’Connor again, reminded me of the perceptivity of her writing. Her style is accessible and engaging and her characters are palpable albeit grotesque; yet most compelling is her insightful portrayal of reality, which is both comical and accurate.

In Wise Blood, the main character—Hazel Motes—is attempting to deal with the problem of sin and redemption by denying the existence of sin and the soul altogether. In his spiritual quest to deny spiritual needs, he ends up preaching a “new” gospel: the Church without Christ. His effort to find freedom from sin by denying “sin” results in a false conception of the real world, a world which is rank with sin.

In the novella, a small demonstration of this impractical relativism can be seen in O’Connor’s symbolic use of Haze’s automobile. The “rat-colored car” is an unreliable lemon he purchased for $50 at a shady used-car-dealership. Haze refuses to believe the truth about his car: i.e., it is a pile a junk. Below is a comical demonstration of ridiculous relativism. (Excerpt from Wise Blood, by Flannery O’Connor)

Haze had driven his car immediately to the nearest garage where a man with black bangs and a short expressionless face had come out to wait on him. He told the man he wanted the horn made to blow and the leaks taken out of the gas tank, the starter made to work smoother and the windshield wipers tightened. The man lifted the hood and glanced inside and then shut it again. Then he walked around the car, stopping to lean on it here and there, and thumping it in one place and another. Haze asked him how long it would take to put it in the best order.

“This is a good car,” Haze said. “I knew it when I first saw it that this car was for me, and since I’ve had it, I’ve had a place to be that I can always get away in.”

“Was you going some place in this?” the man asked.

“To another garage,” Haze said, and he got into his Essex and drove off. At the other garage he went to, there was a man who said he could put the car in the best shape overnight, because it was such a good car to begin with, so well put together and with such good materials in it, and because, he added, he was the best mechanic in town, working in the best-equipped shop. Haze left it with him, certain that it was in honest hands.

After the car is “fixed” it continues to be an unreliable clunker. Like Haze, the car was in need of a radical redemption, a recreation, a rebirth. Haze’s refusal to believe in spiritual redemption translated into his refusal to believe the automobile needed “redemption”, a “salvation”. He kept searching for a “truth” he could believe in, a “truth” that corroborated his fixed mindset. The real truth of the first mechanic’s appraisal remained constant throughout the story, despite the contrary opinion of the rip-off artist at the second garage.

Wise Blood, although at times grim and gritty, is a weighty and philosophical book. All of O’Connor’s stories are chalk full of humorous yet profound anecdotal and symbolic vignettes, which illustrate the powerful role of redemptive grace in the real world. More Christians ought to read her work. Her short stories, in particular, are the best I have ever read. As one Christian writer states, allusions to O’Connor’s writing should be a common currency among Christians. Next time I allude to Haze’s “high rat-colored car”, you will know what I mean.
Posted by Jeremy W. Johnston at Tuesday, October 13, 2009 No comments:

I spent the weekend canoe tripping in Algonquin with students from my school. It was cold and rainy, but the autumn colours were glorious. 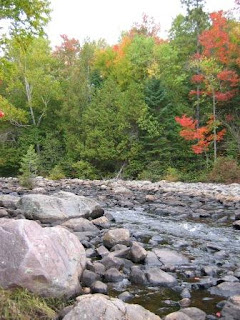 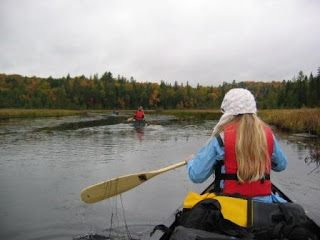 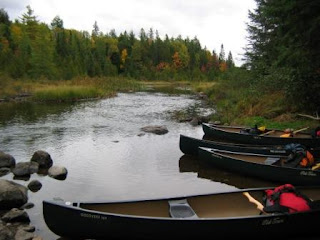